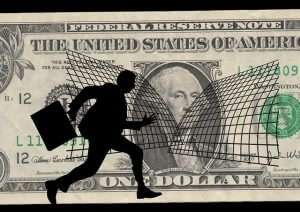 You invested your entire savings and better part of your working life into your business in an attempt to have it succeed and ultimately grow.  During this time many unforeseen obstacles occurred that caused you to have to make difficult decisions, one of which was to forego making a tax deposit in order to remit other necessary expenses such as payroll. Now, your business has accrued a large federal tax liability that is rapidly increasing, is becoming progressively overwhelming, and is simply getting out of hand.  What do you do?  You are fairly certain that you will never be able to pay the liability off and the thought of closing the doors to your business is just unimaginable.

Some less than credible tax advisors may recommend that you simply obtain a new EIN and continue to conduct business as usual, in essence the same corporation but with a different name and tax ID.  They tell you that the new business is protected from the liability of the old business and that the IRS cannot go after the new business.  If your gut instinct tells you that this tactic seems too good to be true, you are correct.  There are federal statutes that provides the IRS with the ability to transfer the liability of one party to a third party under several distinct provisions referred to as transferee liability, fiduciary liability, successor liability, and nominee or alter ego.  Additionally, any of these legal theories for third party liability can also involve the assertion of fraud.

The IRS may attempt to collect a taxpayer’s unpaid tax, penalties, and interest through the provision of transferee liability when the taxpayer transfers property to another person or entity.  Transferee liability does not create a new liability, but instead provides a secondary method to collect the transferor’s liability.  However, before pursuing a transferee, the IRS must generally exhaust all legal remedies it may have against the transferor for collection of the tax, including but not limited to filing federal tax liens on assets to alert outside parties of the IRS’s interest and ability to collect the outstanding tax liability.

“In equity” liability can, and often times does, result from a fraudulent conveyance.  Typically, the main goal of the taxpayer in a fraudulent conveyance is to put the assets out of reach of creditors, in this case the IRS.  Property being sold for adequate consideration, such as a sale in the normal course of business, does not meet the above criteria that the assets were transferred in an attempt to make the transferor insolvent while at the same time placing the assets outside the reach of creditors. The foundation for transferee liability under a fraudulent conveyance is based on fairness dictating that the IRS should be able to collect from the fraudulently transferred property as if the transferor still held it.

A representative of a person or estate paying any part of a debt of the person or estate (except a trustee acting under the Bankruptcy Code of Title 11) before paying a debt to the IRS is personally liable to the extent of the payment for unpaid claims of the IRS.  A fiduciary is not liable unless they know of the debt or had information that would put them on notice of the debt. Personal liability is limited to the value of the assets that were distributed in violation of federal priority.

The IRS may collect a taxpayer’s liability from the assets of a third party if the third party is holding assets as the taxpayer’s nominee or alter ego.  The nominee theory is based on the notion that the taxpayer ultimately retains benefit, use, or control of the transferred assets.  The alter ego theory allows collection against an alter ego when the taxpayer and the alter ego are so intermixed that their affairs are not readily separable.

A nominee situation occurs when the taxpayer places assets in the name of another person or entity but maintains control of the assets.  Hence, the transfer is in name only.  This provision focuses on the relationship between the taxpayer and the transferred property.

The IRS has not completely developed this portion of the law and so they continue look to federal common law, which provides some factors to consider.  These include:

(b)  Property is placed in the name of the nominee in anticipation of a suit or occurrence of liabilities while the transferor continues to exercise control over the property;

(c)  There is a close relationship between the transferor and the nominee;

(d)  There is a failure to record the conveyance;

(e)  There is a retention of possession by the transferor; and

(f)   There is continued enjoyment by the transferor of benefits of the transferred property.

These provisions would be applicable in the initial scenario mentioned of simply starting a new business with a new name and tax ID without making any additional changes.  The new business is owned by the same individual, does not offer consideration to the old business for the transfer of assets, it conducts the same business activities as the old business, the relationship between the old and new business is close (e.g. same owners), and now the new corporation retains the transferred assets of the closed corporation and is conducting business as usual.  Consequently, in this situation, the IRS can assess the liability of the first business to that of the second.

Despite the IRS’s ability to transfer the tax liability from one party to another in the circumstances discussed above, there are certainly specific ways to accomplish the objective of starting a new business while limiting and in some cases eliminating the taxes that the IRS will seek to transfer from the closed business to the new business.  However, it is more complicated and nuanced than simply obtaining a new name and tax ID and involves matters such as the type of entity being started, the value and disposition of the assets from the closed corporation, and the owners and officers involved in both the closed and new business.  This is why a qualified tax attorney should be retained who is educated in the specific distinctions of these tax laws so they can help guide you in developing an individualized strategy for changing entities that will avoid these tax transferee pitfalls in order to provide you a fresh start for your business and future economic endeavors.

David holds a Bachelor's Degree in Business Economics with an emphasis in Accounting from the University of California at Santa Barbara. In addition, David holds a Juris Doctor degree from Lewis and Clark School of Law as well as an LL.M. (master's degree) in Taxation from the University of San Diego School of Law. He holds a license in good standing with the Supreme Court of the State of Oregon. David Feldman has never been disciplined by the Oregon Bar Association.Prior to joining Fortress, David fought for taxpayers in collections with the IRS while working for a Low-Income Legal Tax Clinic located in downtown Portland, Oregon. It was here that he gained valuable experience representing taxpayers before the Internal Revenue Service, and developed outstanding tax-related negotiation and advocacy skills. David helped settle multiple tax liabilities for a fraction of his clients' debts before joining the team of tax professionals at Fortress. David's professionalism combined with his advanced tax-related education and front-line experience in tax negotiations have predictably translated into great things for his clients--most notably, protection from enforcement and many extremely favorable results.