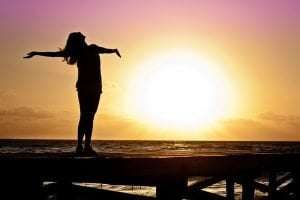 In 2008 the United States, along with much of the rest of the world, witnessed a financial crisis of devastating proportions.  In response, the federal government issued bailouts to the major banks after deeming them ‘too big to fail.’  Small businesses, however, were trying to get back on their feet but were being denied even some of the most reasonable applications assistance.  From the perspective of many small business owners, the tactics employed by the federal government were far more deferential to the biggest corporations without providing immediate relief to the rest of the business world.

Worse yet, for the individuals and companies that fell behind on their taxes due to the unimaginable financial crisis, the federal government did not appear willing to grant any sort of forgiveness.  Money was still being seized from bank accounts and accounts receivable through levies.  Penalties for failure to afford taxes in the thick of the crisis were not being waived.

In 2016, the IRS did an expansion on the IRS Fresh Start Program and made much more simple for taxpayers to get streamlined installment agreements and IRS payment arrangements.

In the spring of 2012 the Internal Revenue Service announced the “Fresh Start” initiative.  Under this new program, implemented May 21, 2012, penalty relief, installment agreements, and Offers in Compromise would all be subject to more forgiving and streamlined rules and procedures.

For unemployed individuals, a grace period was created to avoid certain failure-to-pay penalties on personal income taxes.  For individuals or businesses seeking an installment agreement (a plan to repay their full balance due), the threshold for eligibility in the streamlined process was expanded (i.e. less paperwork headaches for lower dollar liabilities).

The Offer in Compromise program, in particular, saw sweeping changes.  “This phase of Fresh Start will assist some taxpayers who have faced the most financial hardship in recent years,” said IRS Commissioner, Doug Shulman. “It is part of our multiyear effort to help taxpayers who are struggling to make ends meet.”

An Offer in Compromise is the government’s formal procedure for negotiating resolution of a tax debt for less than the total amount owed.  Unlike in private industry, though, it is not about a handshake and a percentage.  Instead, the Offer program requires rigorous review of a taxpayer’s equity in assets, monthly income, and monthly expenses to determine what the future collection potential might be if a taxpayer were required to resolve the total balance rather than settling it for a smaller amount.

Under the new Offer rules, debts which were previously disregarded in the calculation of future collection potential are now allowed consideration.  For example, student loan debts and state and local delinquent tax payments are now taken into consideration.  Moreover, the IRS used to take a taxpayer’s net allowable income (income minus allowable expenses) and multiply it by 48 or 60 as one of the factors to determine their settlement amount.  Now, those multipliers have been reduced to 12 or 24, depending upon how quickly the taxpayer can pay off the tax settlement.  So, someone whose net monthly income (disposable income after allowable expenses) is $500 will be shown to have $6,000 or $12,000 for the purposes of calculating a settlement amount, as opposed to $24,000 or $30,000.  Thus, many tax debtors who were unable to qualify for a settlement under the old guidelines may now qualify.

The expansive new Offer rules are even more helpful to all the struggling small businesses that are trying to find a form of resolution to their tax debts.  For example, income-producing assets are disregarded from calculations of a minimum Offer, even if they have substantial equity available.

With the implementation of these new rules, more and more taxpayers are finding ways to effectively resolve their tax debts.  This has allowed many well-run companies, which merely suffered through the strain of a financial crisis and did not participate in any illicit or even negligent activities, an opportunity to get out of the spider web that is an IRS tax debt.

Most IRS tax settlement amounts are determined via a mathematical formula taking into account the taxpayer’s net realizable equity in assets as well as their “income minus allowable expenses.”  Offer Specialists (IRS employees who review Offers) often disallow various expenses or overvalue assets, which can lead to either rejection of the Offer or a settlement for a dollar amount that is higher than what could have been approved.  In order to maximize the chances of having an Offer accepted, and to minimize the settlement amount, many taxpayers would be well served by engaging an experienced tax professional to assist them in negotiating a tax settlement.

This Fresh Start program has been a welcomed relief to many taxpayers.  Unfortunately, there is an air of uncertainty about it.  The IRS Commissioner that implemented this program, Douglas H. Shulman, finished his term on November 11, 2012.  Steven T. Miller is now the Acting Commissioner.  It remains to be seen whether Mr. Shulman’s “multiyear effort” continues.