Since the IRS is, far and away, the largest tax collecting agency in the U.S., it makes sense that people dread falling behind with federal taxes.  But, what if you owe a state taxing authority?  There is a common, and oftentimes mistaken, belief that a state tax liabilty is less serious and easier to fix than an IRS liability.  This may be because people and businesses who fall behind with state taxes have often also fallen behind with the IRS, and the IRS tax debt is usually significantly larger than the state tax debt.

What many people fail to realize until too late is that a state tax liability can turn into the proverbial “800 pound gorilla,” and might even make the IRS seem like a golden retriever puppy in comparison.  The truth is that, in many ways, a state tax liability can be even more dangerous than an IRS liability.  I’ll explain why as well as the necessary actions to take if you’ve fallen behind with state taxes.

STATE TAXING AUTHORITIES CAN BE VERY QUICK TO ENFORCE

The IRS is an enormous bureaucracy.  It can take many months or even years for the IRS to take serious action against a delinquent taxpayer.  State taxing agencies, by contrast, are much smaller, and often much quicker organizations.  Where the IRS can easily take six months or much more to take enforcement action, states can take weeks to move from a tax return with a delinquency, to an assessment, to actual enforced collection of the debt.  There are typically fewer notice requirements that a state has to address, and fewer pre-enforcement appeal rights afforded to taxpayers.  In other words, they’re probably going to come at you faster and it is harder to slow them down.

In addition to being quicker at reaching a legal ability to enforce collections against a delinquent taxpayer, many states also can be much more aggressive about issuing levies and garnishments.  In a state collections case, the taxpayer is often given just one notice and opportunity to contact the revenue department about voluntarily resolving their debt before levies and garnishments begin.  Worse, once enforcement has begun, many states treat it as a “ratchet,” and may be extremely stubborn about releasing levies or working with a taxpayer to resolve the debt.

Still worse, many states have the ability to issue continuous levies, taking all of the funds deposited into a bank account—for however long it may take–until the liability is satisfied in full.  This can be far more damaging than an IRS levy, which almost always is a one-time zap (though the IRS can issue subsequent “zaps”).

STATES CAN HAVE A BROADER RANGE OF ENFORCEMENT TOOLS

In addition to being quicker to levy and garnish to collect a debt, states have collection tools that are unavailable to the IRS.  A state can coordinate with local and statewide law enforcement agencies to physically seize the contents of a business’s cash register, or forcibly prevent a business from operating by chaining its doors closed.  The IRS has its ways of accomplishing similar outcomes, but it takes them a lot longer to get there.

States are also in charge of issuing licensing, bonding, and permits for a business or individual to operate in an industry, meaning they can revoke those permissions much more easily than the IRS.  Some states will even go so far as to block renewal of your driver’s license if you fail to promptly resolve unpaid taxes. 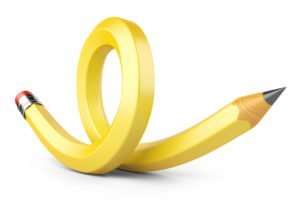 STATES ARE LESS FLEXIBLE & MORE DIFFICULT TO DEAL WITH

Partially due to their increased ability to collect on tax debts, states are also generally less flexible in the resolution plans they will allow.  The IRS rules for larger tax debts require that they tailor a resolution plan to the taxpayer’s verified “ability to pay.”  That makes the IRS very concerned about the financial condition of a business or an individual with a tax debt.  States, by contrast, are less concerned with the reality of what a taxpayer can actually afford, and more concerned with how quickly the debt can be paid in full.

Many states require a down payment of a substantial percentage of the liability before they will consider an Installment Agreement.  This seems crazy when you think about it.  I mean, if you didn’t have enough money to pay the taxes that were due, how are you all of a sudden supposed to come up with a substantial down payment?  The short answer is that many state simply don’t care.  Buck up or face severe consequences.

States can be just as unsympathetic when it comes to approving a monthly payment that you can afford.  With certain states, it can be extremely difficult to negotiate an installment agreement of more than two years, which puts tax debtors who can’t afford those monthly payments in a tough predicament.

If you want to try to settle a business tax liability, you may be out of luck.  Many states will not even consider an Offer in Compromise (tax settlement) from an operating business.

Even if their aggressive collection tactics force a business to close, the problems with a state liability may continue to be worse than you can expect from the IRS.  With regard to unpaid IRS employment taxes of a corporation or LLC, the responsible individual(s) (typically the owners) can only be held personally liable for the amount that was actually withheld from the employees’ paychecks but not turned over to the IRS (this is called the Trust Fund Recovery Penalty).  This “trust” portion of the tax debt for which individuals can be held liable doesn’t include the employer matching portion of the taxes or any of the penalties and interest assessed against the business.  Thus, the responsible individual(s) are partially shielded from the entire federal employer withholding tax liability.

Many states, on the other hand, have no such “shielding” for unpaid state employer withholding taxes.   They will simply pursue collection for the entire tax debt—tax, penalties, and interest—from the owners and directors.  The same thing is true for unpaid sales taxes.  By the way, states can often be very aggressive when it comes to unpaid sales taxes, considering it to be nearly equivalent to theft.

HOW TO TACKLE A STATE TAX LIABILITY

So what should a taxpayer do when they accrue a state tax liability?  First, state liabilities tend to be smaller, so it might be possible to pay them off or at least pay them down significantly.  Paying them down will make the resolution terms more manageable.  If your state requires a significant down payment, make sure that the moneys used to pay the liability down count towards your down payment.  Consult with an experienced tax resolution professional if you don’t know whether you would be better off using available funds to pay down the IRS or the state.

Second, don’t assume that the state is going to be easier to work with just because they are your neighbors, and promptly respond to any notice received from the revenue department.

There are a couple of aspects of negotiating with a state that are less problematic compared to the IRS.  For one thing, they are handling far fewer collections cases, so they can be easier to contact when needed.  For another, in exchange for a quick payment of the liabilities, I have seen states be more willing to waive penalties, or agree to a settlement of a liability.

WHAT TO DO IF YOU OWE BOTH THE IRS AND STATE

Finally, what happens if someone owes both the state and the IRS?  In most cases I’ve handled, it has been important to either work out a resolution plan with the state before the IRS or work both the IRS and the state negotiations simultaneously.  That is both for the reasons stated above and because your agreement with the state can be an allowable expense when the IRS is determining your ability to pay.  If you resolve your IRS liability first, you may wind up committing most or all of your available funds to the IRS.  This can spell disaster when the state subsequently demands a big monthly payment that you have no way of paying. 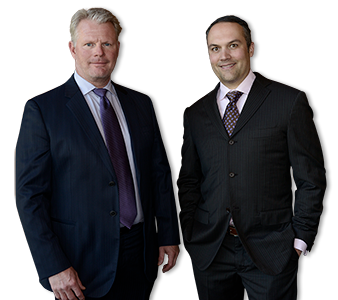 Do you have questions about back taxes? Our experts focus on nothing else but resolving your tax liabilities.

Get a Free Consultation

Peter holds a Bachelor's Degree in Political Science from Colorado College. After working as a corporate litigation support specialist for one of Portland, Oregon's largest corporate law firms, Peter attended Willamette University College of Law on an academic scholarship, where he earned his Juris Doctor degree. He holds a license in good standing with the Supreme Court of the State of Oregon. Consistent with the unblemished track record of all Fortress attorneys, Peter Brantley has never been disciplined by the Oregon Bar Association.Prior to becoming a tax negotiation professional, Peter honed his legal skills as an extern for the Oregon Supreme Court and became an expert in a wide variety of governmental legal issues as the sole law clerk for Oregon's Administrative Law Judges at the Office of Administrative Hearings. With his experience in government-related administrative law and high-stakes corporate litigation, Peter quickly became a formidable defender of taxpayers in collections with both the Internal Revenue Service and numerous state taxing authorities. While generally affable in demeanor, Peter has demonstrated excellent instinct and judgment in terms of "choosing his battles wisely" with the taxing authorities. Under appropriate circumstances, Peter will not hesitate to fight relentlessly for the benefit of his clients. This dynamic and tactful approach has led to regular occurrences of remarkable results for the benefit of Peter's clients.